I Told You I’d Tell Them Our Story 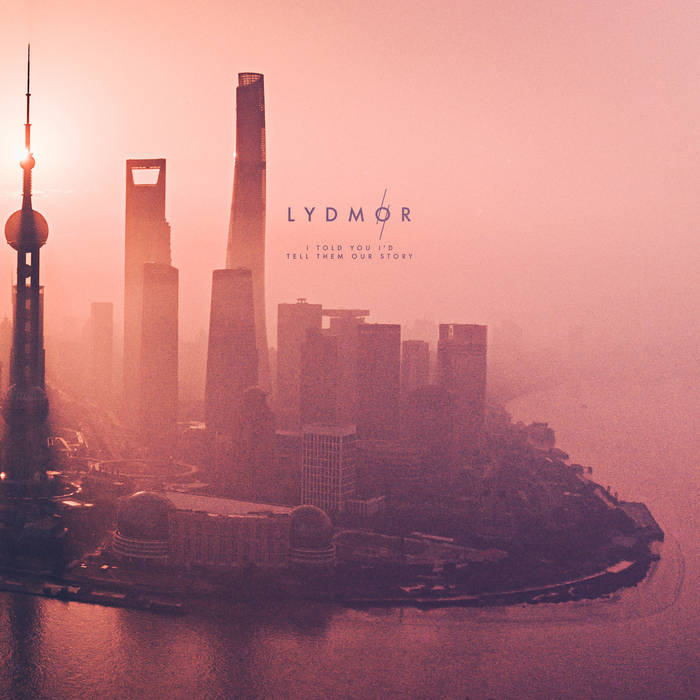 jcampanini The more charismatic, talented, and beautiful in every way danish artist right now. You have to listen to this, is mandatory. Favorite track: 三 Killing Time.

myriambelctro I love this album because of all its poetic lyrics and amazing musical build ups and surprises in each and every song. Favorite track: 十二 Shanghai Roar.

Lydmor is Copenhagen based Jenny Rossander, an electronic producer, composer, singer, writer and general troublemaker. Now she’s about to release her new solo album “I Told You I’d Tell Them Our Story”, a multi-layered piece of modern electronic pop music. In her sounds and with her words, Rossander captures a reflective description of her surroundings and invites the listener to follow her on a very personal journey.

“I Told You I’d Tell Them Our Story” is a rite of passage captured in intense moments experienced on the edge of the world and on the edge of one self. Lydmor lived in Shanghai for several months in 2016 and the Chinese metropolis inspired her to completely redefine her artistic expression.

Instead of a conventional 'home-abroad-home' narrative, Lydmor has worked with a circular progression labelled as 'crystalize-liquify-solidify', which is a condition on repeat. The self crystallizes into pieces, the pieces turn to liquid which morphs into a physical form that will crystallize again. Lydmor has found the inspiration for this approach in the Chilean author Roberto Bolaño's novel '2666', which also deals with a narrative that implies something but never fully reveals it. And so most of Lydmor’s lyrics remain suggestive to challenge the kind listener.

This modus operandi is the basis for “I Told You I'd Tell Them Our Story”. The story evolves from start to finish and is implied through the three layers on the album: 1) a love story, 2) a group of friends who are running from something to find themselves together in Shanghai, drawn toward the sinister, raving energy of a night club 3) a surreal level of abstraction that deals with biology and technology from a post-humanistic perspective.

Brooding introspective impulses collide on “I Told You I'd Tell Them Our Story” with bit-crushing cascades of whirling synths to build an electronic soundscape rich of details and nuances. Lydmor’s captivating and refined talent for metaphorical and descriptive lyrics as well as her strong voice result in songs full of catchy hook lines.

Compared to Lydmor's previous album “Y” from 2015, the expression on “I Told You I'd Them Our Story” is more hard-hitting and in-your-face, which she explains as follows:

»Considering I make electronic music, it's quite a paradox that I have never been clubbing before I went to Shanghai. The expression I cultivate and nurture is born in places like that and I almost had an epiphany the first time I went out over there. Electronic pop music comes to life in a spectacular way on a club and ravers are wonderfully geeky when they party together. They can really uplift each other's spirit and go beserk on a bass drop or a hihat. That fascinated me.«


The clubby musical output inspired by those experiences is complemented by a visual concept:
»I also wanted to capture Shanghai visually on my body with neon colours in patterns and textures that symbolizes the city's skyline« Lydmor says.


“I Told You I'd Tell Them Our Story” is co-produced by Trond Bersu, drummer of Norwegian band Highasakite and was recorded in Oslo, Copenhagen and Los Angeles.
Leading up to the launch of this album, Lydmor has made her presence at quite a few prestigious music festivals. She performed at Reeperbahn Festival (Hamburg), Be Nordic (Milano), Nordic Delight (Utrecht), Indie Week (New York) and The Iff (London).

Her performance at Eurosonic in Groningen in January will be followed by the release of the album's first single “Money Towers” on February, 23rd 2018, while the album “I Told You I'd Tell Them Our Story” will be released on September 27 th 2018.

Both, the album and the singles will be released in an international joint venture between Mermaid Records (DK) and the German label hfn music. On hfn music Lydmor has recently released her previous single “Helium High” as well as together with her Danish fellow musician Bon Homme (WhoMadeWho) the quite successful albums "Seven Dreams of Fire" (2015) and "The Red Acoustic STC Session" (2016).